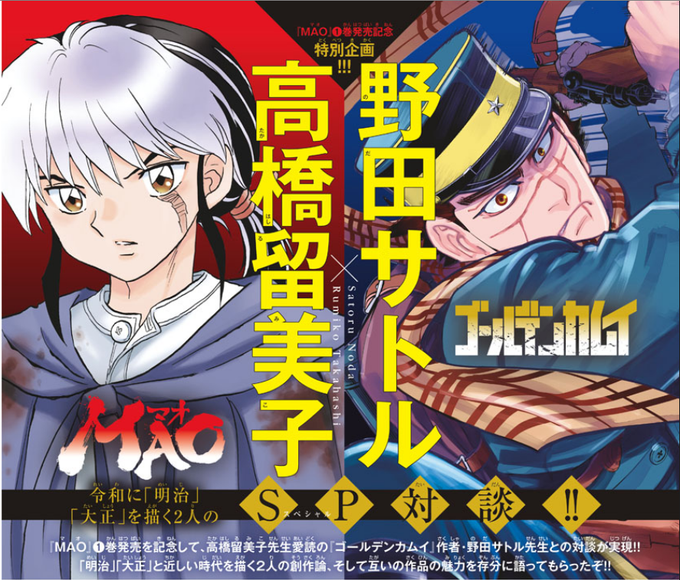 Shounen Sunday Edition Blog (@Wsstalkback on Twitter) has translated the two parts of the interview. Thank you so much! Please enjoy the interesting interview, in which the two mangaka talk about their work, their inspirations, their career, and more! (My favourite parts: Noda-sensei saying he gets “too embarrassed to draw naked girls acting all cute” and that he’s already got the final scene for Golden Kamuy in mind!)